Where Are You On The Brexit Spectrum? Would A New Party Suit You Best?

Which letter A-F in this table best describes your stance on Brexit?


Then where do you see yourself on the left-right political spectrum 0-10 where 5 is in the middle?

Plot yourself on the following chart.  The circles represent the epicentre of the official position of existing political parties according to their 2017 manifestos or websites, detailed here.  Are you near a party circle, or are you out in an open white space? 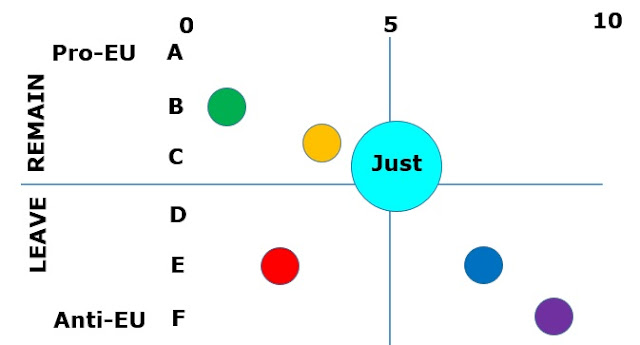 The Just Party's epicentre is around C6 (or C '5 and three quarters').  It has the largest circle because its stance most closely matches the ,majority of the UK electorate, as shown in this analysis.

Whilst there is a gap for a Centrist Leave party, the biggest gaps are in the A and B sectors.  As a result, a number of new anti-Brexit parties and pressure groups have appeared.  It's useful to compare them and the established parties.

Amongst registered parties, The Just Party and the LibDems are closest together, but there are some significant differences set out here.


Imagine the chart above was set out horizontally.  The "breadth" would be the left-right axis and the "depth" the EU axis.  Let's imagine the range of breadth or depth of support that would provide at least 90% of each party's 'actual support' at the ballot box, based around the Epicentre of their 'natural support'.

On that basis the support for the policies of the parties and pressure groups, both established and new, would be something like:

Most of the new parties are clearly at the very early stages of development, and show no clear plan to be registered with the Electoral Commission. This is needed to stand a candidate with the party logo and description on the ballot paper, rather than each candidate standing as 'independent'.

If you represent a new Remain party not listed above, or would like to amend information on any of them already listed, do contact us.

Other than The Just Party, two parties to highlight from the table are:
The only new party already registered is The Just Party.  We can stand a range of candidates under the party banner even if a General Election were to be called tomorrow.

We are already talking with Chris Formaggia and look forward to speaking with James Chapman and others to pool our resources and efforts.  Hopefully there is sufficient synergy in our Remain and general political positions.

It's worth realising that it looks like Brexit support follows a normal distribution.  That means sector A for pro-EU has far lower support across the country than sectors B, C and possibly D who would support The Just Party or its 'Half-Brexit' proposal.  The Just Party's position is naturally the one with the most potential political power. 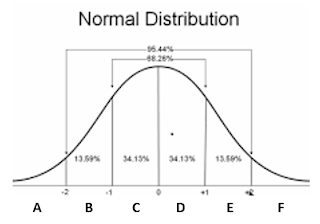 But turning 'natural support'  into 'real support' at the ballot box is no easy matter.  Are your views in the light blue rectangle below?  That includes people in the moderate half of both the Labour and Conservative parties. Then 'The Just Party' is just for you. 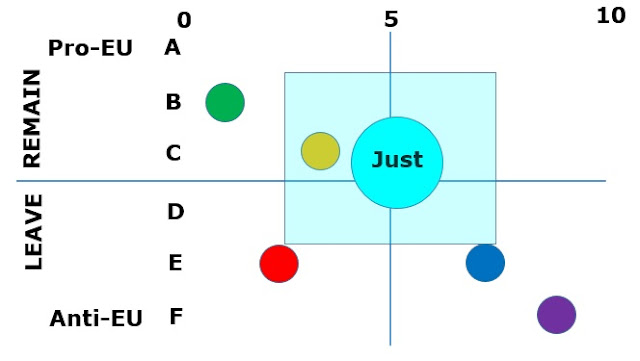 You yourself can help if you would like to see these ideas become prominent, and to see The Just Party at the ballot box next election.  That could be sooner rather than later, given Theresa May's slim majority. Do support us now: