The Just Political Party – The Centrist and Bremain Party For You 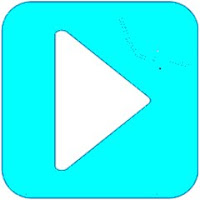 The Just Political Party is a centrist party with the registered description “GREAT ASPIRATIONS. GREAT BRITAIN”.

There are four Core Principles that link the centre right (Tory Modernisers) with the centre left (Progressives and Social Democrats):
Leaving the Single Market, by leaving the EU, is inconsistent with these principles.  So a fourth Core Principle has arisen:

The four Core Principles translate at the next level into a number of key objectives:

There is the opportunity for initial members to develop the policies that support the objectives, starting with a clean sheet.

RE-ALIGNMENT OF THE EXISTING PARTIES

There has been talk in the media of the Labour and Tory parties each splitting.  This could create a re-alignment of the parties. as described here.  In summary the new party would be The Just Political Party, being the merger of the centre right and centre left into a party of sufficient size to govern.

HISTORY OF THE JUST POLITICAL PARTY

The Just Political Party was registered with reference PP2520 but the party has not yet fielded a candidate in an election.

The only expenditure has been the registration and renewal fees.

The Just Political Party is therefore equivalent to a newly registered party, with a registered Constitution suitable for a centrist party. It is nonetheless anticipated that the constitution will be reviewed and revised if necessary by the initial members.

There are 3 membership categories:

(2) Concessionary rate: Full membership at £6 per year (50p per month) for:
(3) Introductory rate for sitting MPs and members of the House of Lords: £1 per annum

Membership applications are subject to the Terms and Conditions of being a member.


The Just Political Party reserves the right to not accept a donation or application for membership, or to return any donation initially accepted.

We welcome signficant donations, in the thousands of pounds, but please note that under the Political Party Elections and Referendum Act 2000 (“PPERA”):

INVITATION TO SITTING MPs AND LORDS

It is anticipated that initial members will include MPs moving from the Labour and Tory parties to collaborate in the national interest:
An invitation is extended to any sitting MP, or Prospective Parliamentary Candidate (PPC), who would sign up to the four Core Principles above, which in essence means you are both:
A similar invitation is extended to members of the House of Lords, and people within other European and local organisations.

It is anticipated that someone at ministerial or shadow ministerial level will initially be the leader of The Just Political Party, chosen from initial MPs and PPCs joining the Party.  Potential people are listed here

It is anticipated that there will be a full leadership election within the next year, with candidates originally from both the Conservative and Labour parties.

It is recognised that a fully functioning party will need a strong Central Office function and the development of an enthusiastic Local Constituency presence.

The party will be recruiting experienced Central Office staff in the near future.  Formal recruitment will take place in due course, but If you are interested please send in your CV soonest using the contact methods at the foot of this posting.

It is anticipated that MPs who are interested in making the move to The Just Political Party will have a number of local supporters who will form the core of their new Constituency Party.

The new Constituency Parties will start afresh, and so there will be no need to split the assets of the existing parties, as has been discussed by the media.

The initial objective is to have representation in Westminster.  Candidates for local elections and MEPs will follow naturally in due course.

If you are an MP or PPC who believes The Just Political Party better represents you and the National Interest, then do get in touch as below. We can arrange to meet at Westminster or somewhere else nearby, as suits you.

This is an urgent matter, given that nominations for GE2017, signed by some of the good folk of the relevant constituency, need to be registered with the relevant local body by Thursday 11 May.

Likewise, we would be delighted to talk to members of the TV, radio, print and internet media about The Just Political Party and its aims.

Published and promoted by CR Challis on behalf of The Just Political Party at The Dairy House, Moneyrow Green, Holyport, MAIDENHEAD, SL6 2ND
Posted by . at 00:40